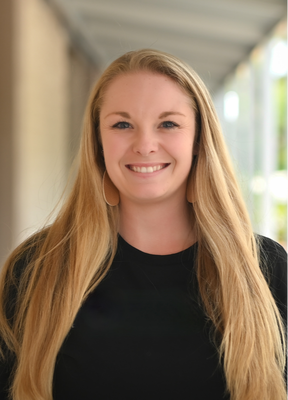 Movement & Drama Instructor
Stage Manager
​Administrative Support
Savannah Schultz grew up in a small town in Michigan where she was heavily involved in theater from the age of 4 all the way through high school and continued pursuing theater in an unconventional way after graduation. After graduating, Savannah joined a touring missionary organization called The 99 that toured to different states putting on a reality walkthrough theater. She did this for 3 years and during her time lived in the Dominican Republic and met her now husband.

While Savannah and her husband Jordan were dating, she would come to Florida to visit and she slowly started getting involved in WFA's theater productions helping Ms. Nena with make-up, Ms. Holly with costumes, and backstage with Ms. Kylie.

After Savannah and Jordan got married, she moved to Florida and got a job as a preschool teacher for Woodland Early Childhood Center. On the side she continued to immerse herself in WFA's productions, becoming assistant stage manager with Ms. Kylie, and started attending summer camp as an acting/rec instructor and classroom aid.

This past year Savannah took on a bigger role in the classroom as assistant director and head stage manager. She is looking forward to committing more time to WFA by taking on more classes this fall and fully devoting her time to WFA.

Savannah is passionate about exploring the creativity that God has downloaded into children's imagination and is excited to share this passion with her students.
Back to Our Staff