All the information you need for a successful summer camp!
​

Congratulations to everyone!
​Rehearsal and Performance Tracks can be found here.
Scripts for speaking roles listed below will be available to pick up at the church in the WFA Admin office Tuesday, June 8th and Wednesday June 9th from 10am-2pm.

You will receive information regarding lunch, parking, drop-off and pick-up, costumes and anything else Encore related soon.  Please keep an eye out for important emails.
​
Feel free to begin listening to the show or print your word script (links above and below). For all of our groups, music files are available to get a head start before camp week!
Lead Week rehearsals begin June 21-25th (2-6:00pm)!  Please begin memorizing your part and be as prepared as possible.

We begin the day promptly at 9am with choreography, so please plan your ahead!
Here's what you can expect your week to look like! 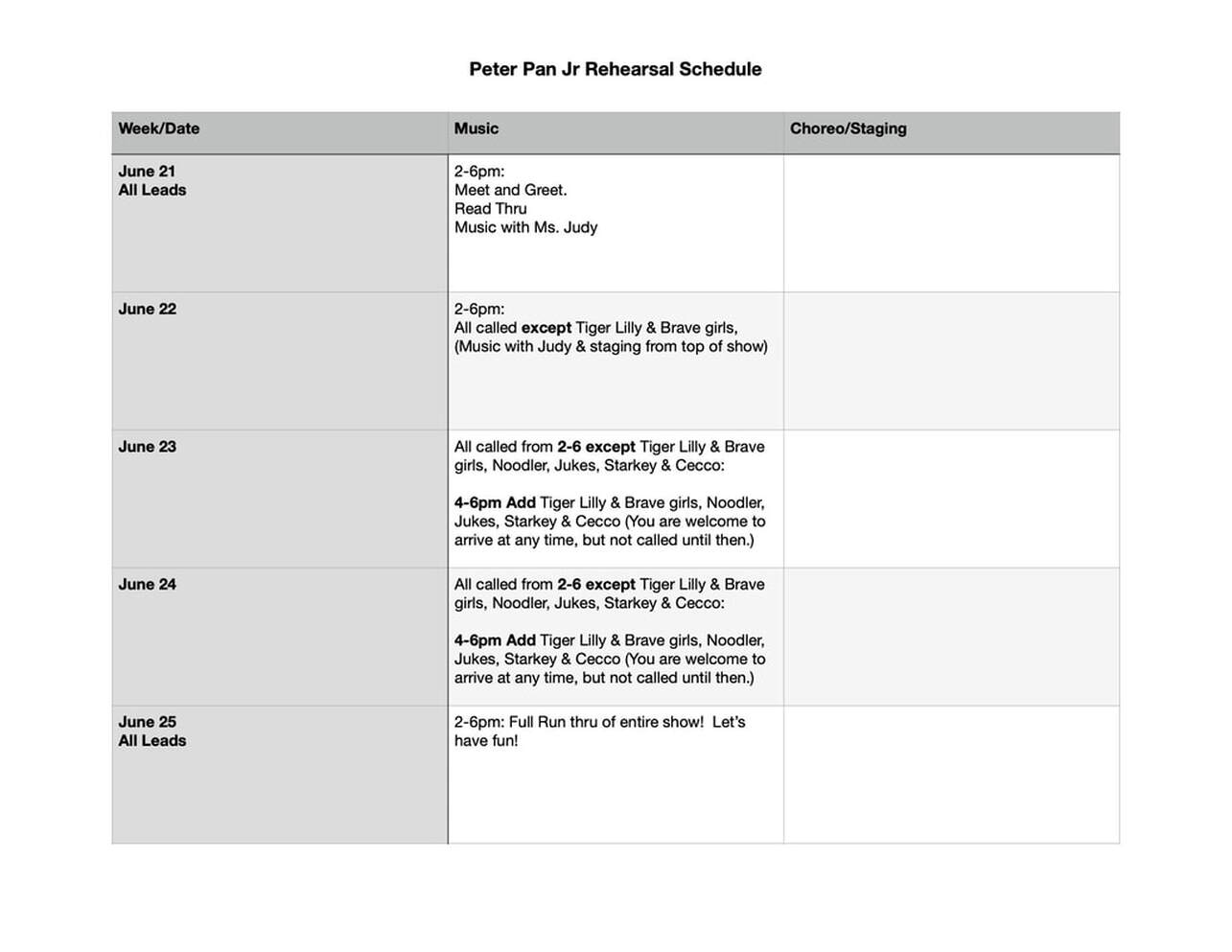 Click here to find both rehearsal tracks AND the performance tracks!

Instructions to view information regarding costume requests and preparations as well as downloading the script without having to search for emails!

Peter and his mischievous fairy sidekick, Tinkerbell, visit the nursery of the Darling children late one night and, with a sprinkle of pixie dust, begin a magical journey across the stars that none of them will ever forget. In the adventure of a lifetime, the travelers come face to face with a ticking crocodile, a fierce Indian tribe, a band of bungling pirates and, of course, the villainous Captain Hook.